Kenya Union of Saving and Credit Co-operatives Limited (KUSCCO) organized for its first SACCOs Regional Youth Forum which was held on the 24th of March, 2017 in Nairobi Kenya that brought over 60 youth all over the globe. The forum featured leading voices from the financial co-operatives around the world and represented by collaborative efforts of KUSCCO and World Council of Credit Unions (WOCCU), who highlighted new research and successful initiatives. They explored case studies on several key areas like the trends on cutting edge of payment technologies; digital strategies and products for engaging youth and expanding membership from MasterCard Labs.

In line with the theme of the 2nd Annual SACCO Leaders’ Convention “SACCOs for sustainable development” Hilda Ojall; President of the Alliance Africa Youth Network who also works at KUSCCO, addressed the Youth Forum urging them to put more efforts in address issues of poverty reduction and participation in cooperatives activities. She also extended her gratitude to KUSCCO, WOCCU and its members for their support on financial inclusion and innovative initiatives to the youth in the region thus increased youth engagement in the movement.

The Youth Forum speakers also commented on collaboration, explaining how the value of collaboration and partnership have so much to offer in bringing fresh perspectives, offering new ideas and alternative solutions to digital strategies. The Forum also discussed the access to affordable credit and other financial services for small business operators for a better future to the young people so that they do not feel left behind as it is a risk of turning away the next generation from the Sacco movement.

The Forum was close with a motivational speaker - Dr Wale Akinyemi who spoke on inspirational, influential and result oriented leadership among the youth and reiterated that the youth should sell experience to other youth who have not yet joined the movement.

2.    The Alliance Africa Youth Network represented in the Regional Board meeting

The 27th Regional Board Meeting of the Alliance Africa Board members met in Niamey, Niger in February of 2017.  This was the first meeting since the election of new board members in Kigali, Rwanda in October 2016 that saw four members retaining their positions while two new joined the board. 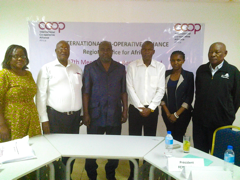 The Alliance Africa Youth Network President Ms. Hilda Ojall represented the Network during the 27th Regional Board meeting in which she reported on the networks progress on the constitution, communication and the regional executive committee.

The forum was officially opened by Botswana’s Assistant Minister of Investment Trade and Industry, Honourable Biggie Butale, who thanked the three countries for their commitment and initiatives that has earned BOLESWA recognition regionally and therefore they can even consider opening the forum to other sister countries. This was supported by the message from the Alliance Africa pointing out that co-operatives are vehicles for promoting decent lives, and therefore the Youth Co-operatives should also make pledges in ensuring that they can contribute actively in reaching the UN SDGs.

As democratic, value-driven and member-controlled organizations, they foster social inclusion. Four members from each country took part in what was named as the “Tripartite Meeting” aimed at coming up with a formal and official BOLESWA structure, through which engagements with external institutions could take place The meeting resulted in the appointment of a Board of Directors comprising five individuals occupying the positions of the President, Vice President, Treasurer, Secretary General and Vice Secretary General. 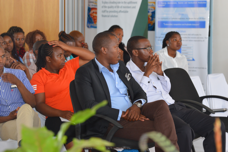